Canna, my dog named after the Hebridean island, is good at scenting. The other day she stopped pointing into the fresh grown long grass. Close examination showed the chequered plumage of a hen pheasant, unmoving, flat to the ground.

Sadly, next day, the grass was disturbed and feathers lay on the ground. It was likely that a fox had taken the nesting bird. Two eggs were in the nest, two eggs of differing colours, one dark, one light, yet both pheasant eggs. By afternoon both eggs had gone, probably taken by a Jackdaw of which there are many round and about.

A favourite bird of mine is the Raven, Their slow flight overhead, a pair barking their call to each other, is wonderful sight. An unhappy ‘bird tale’ on Farming Today’ earlier in the week reported Ravens ganging up into large groups, maybe forty at a time, to attack and kill lambs. The report was from Dartmoor, but the same has happened on the Dorset / Wiltshire border. Ravens are a Protected Species, but it is possibly to get a special licence to cull them if extensive lamb killing is proven. The interviewee, a sheep farmer of 60 years, said he would not want to see the protected status of Ravens overturned, but there is a real problem when large flocks of sheep are lambing in open fields and Ravens congregate in large numbers. It is a frequent habit of all animals, from humans to the mammals in the seas, once packs are formed, to attack vulnerable individuals.

On a much happier note our House Martins are back in good numbers, already occupying some of the artificial nests on the house. The spring blossom, apple, wild cherry and the ever beautiful flowering of the wisteria, are fine signs of spring beckoning bees to develop the season. 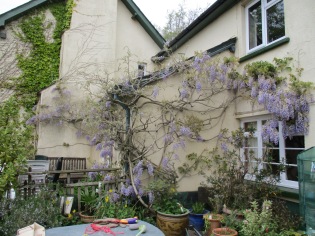 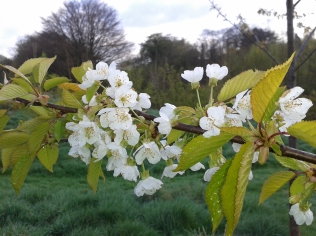